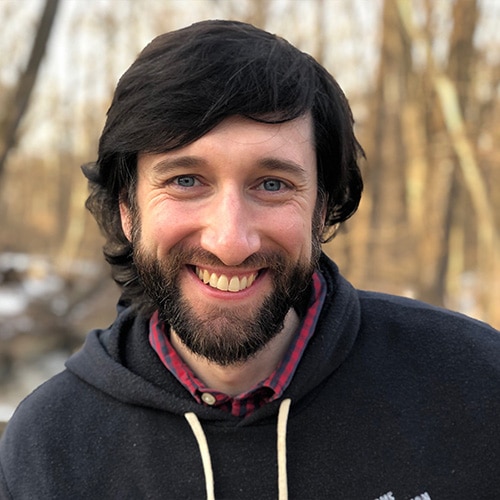 Jake Frelick is a licensed independent clinical social worker, improviser, and he works in the field of youth development.  He has almost 15 years of youth programming experience working with summer camps, community-based nonprofit organizations, and schools.

Jake grew up in the Maryland area, went to The University of Maryland, College Park for his undergraduate degree. After graduating he worked in Baltimore with a community-based nonprofit, Humanim, helping youth transition to life after high school. In 2012, he moved to Chicago to get his Masters degree in Social Services Administration from the University of Chicago.

While in Chicago, Jake studied and performed improvisation at iO Theater, Annoyance Theater, and The Playground Theater, as well as theatrical clowning at the Neofuturist Theater. Jake also worked as a clinician/group facilitator with The Second City’s Improv for Anxiety program.  At the same time, Jake founded a professional learning collaborative called Therapeutic Improv Professionals, which connected practitioners within the therapeutic arts community.

Jake worked as the Arts, Leadership, and Health Manager at a community-based organization in Chicago called Alternatives.  While in that role, Jake developed and supervised youth programming involving the arts, social and emotional skill-building, and Restorative Justice.  He also served on an advisory board for the Chicago Arts Educators Forum, where he was a presenter at their bi-annual conference.

After living in Chicago for almost five years, Jake returned to the east coast, where he worked for Monument Academy Public Charter School for three school years as a Counselor, Restorative Justice Coordinator, and Manager of Well-Being Programs.

In his free time, Jake enjoys sitting down with loved ones with a warm beverage in hand, having lively conversation, while playing games. He is naturally a very curious person, and he loves learning about new people and things.